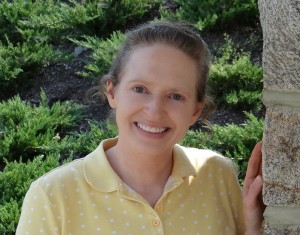 D.R. Grady lives with her husband near Hershey, PA. She adores chocolate, laughing, collecting bags, books, and shoes, and writing stories that resonate with others.

The Nerd Who Spied Me

y’re confident in their secret operative abilities, but maybe not so much in their relationship goals.

Cian Hunter is tasked with the impossible: find Verity Wellington and bring her home safely. His survival is not guaranteed.

Everyone in their business knows Verity is perfectly capable of getting herself home, since she’s the gut-them-first-and-ask-questions-later type of operative. She also has the advantage of knowing where she is, which would be helpful.

He accepts the assignment, aware two operatives are better than one when dealing with the nebulous factions who lurk in the shadows. Plus, the chance to get close to Verity to see if his attraction to her is more than a fleeting interest is too good to pass up. Provided she doesn’t gut him first.

Cian is confident in his secret operative abilities, despite wishing to leave them behind. However, his relationship goals leave something to be desired. If he can figure those out… he might stand a chance of getting them both home alive.

In the manner of a smattering of her de Leos relatives, Verity Wellington was born a warrior. Unfortunately for her, she also inherited a full dose of her mother’s femme fatale woman magic.

I’ve enjoyed the dichotomy of a warrior saddled with femme fatale genes. All men notice her. None of them forget her, and for a secret operative, this obviously creates trouble in the field.

For Verity, the heroine of THE NERD WHO SPIED ME, she has to work that much harder, and is limited in the types of jobs she’s assigned. This concept is nothing new for women the world over. A quote from the late former Texas Governor, Ann Richards, applies. “After all, Ginger Rogers did everything that Fred Astaire did. She just did it backwards and in high heels.”

This sums up Verity’s life as a secret operative. She is every bit as capable as any of her male counterparts. Yet she’s got a couple of major disadvantages, but still exceeds expectations.

Being a woman in any society that we know of appears to be fraught with perils many men have never encountered. But what if the woman in question is tough and scary in her own right? She’s wrapped in a delectable shell, but she’s got skills to rival any Navy SEAL or Army Ranger.

Verity is altogether different from our previous woman warrior, Janine Morris from SHADOWS AND SPICE. Janine became a warrior due to her circumstances—which she overcame by becoming an impressive warrior in her own right. However, Janine is first and foremost a healer. Verity was born a warrior, and would love to remain unassuming and invisible so she can do her job.

She is faced with these conflicting genes and must come to a compromise between them before she can perform to the full extent of her expertise. Impressive abilities she can’t fully stretch and expand because of the come-hither vibes she wishes she could permanently turn off.

Join Verity and hero Cian Hunter as they combine forces to return to her native Rurikstan. Their only task is to arrive alive. It’s too bad that can be difficult for some people.

This story is a wonderful romp with plenty of the Morrison family members who make an appearance so I hope you’ll pick up a copy of THE NERD WHO SPIED ME to enjoy.

Other works by D.R. Grady:

The Nerd and the Marine

The Corpsman and the Nerd

The Nerd and the SEAL

The Trouble with Nerds

The Nerd who Spied Me

Please visit my website for updates on these series.