I’ve got two stories coming out this spring and recently got the cover art for both. I am so excited.

The first story, a short contemporary paranormal with shapeshifters – not werewolves. 🙂  WHO’S YOUR ALPHA is a reprint – but completely re-edited and with new work. I think you’ll like the new version better. It will be out from Liquid Silver Books on March 31st, 2014. It’s a sweet romance that will leave you panting for more. 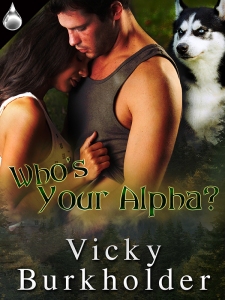 Sunny always thought she was the only shifter in her hometown. What a surprise when she discovers not only is the majority of the town like her, but so is her childhood crush. Can they overcome the remnants of the past to make a new future?

There’s a new alpha in town and the claws are out to see who will be top dog.

The second story – THE TURN OF A CARD – is a short futuristic romance coming from Ellora’s Cave Blush (the non-erotic side of the house).

When the turn of a card seals your fate, you need to stack the deck.

Jessica Windemere loses her freedom when her father bets her in a poker game. But she isn’t willing to accept her fate without a fight. To have her revenge, she first  must survive an unknown world while contracted as some stranger’s wife. She wants nothing more to do with men until a huge, dark god rides into her camp. Can she risk losing her new love on the turn of a card?

Kiernan Randall is on his way home from a trading mission. The group of abandoned women he finds were definitely not expected, especially their feisty, red-haired leader. She is contracted to his enemy, but gives herself to him and firmly entwines his heart. Can he trust her enough to let her wager their future together on her skill with cards?